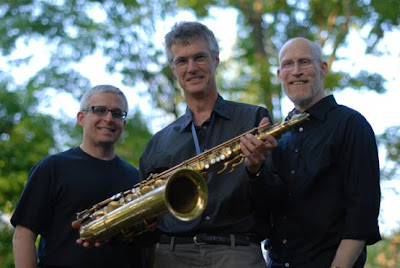 (Thanks to Clancy August for the band photo)
Posted by Steve Hiltner No comments:

SJE Written Up in the Princeton Packet

Pam Hersh, longtime writer and former managing editor of The Princeton Packet, wrote a column about our group's performance at the Whole Earth Center's WECstock 40th birthday celebration this past weekend. She riffed on the concept of sustainability in jazz, and said "the saxophone, keyboard and bass filled the air with joyful, dreamy sounds."
Posted by Steve Hiltner No comments:

Though the seats were empty, the stage was packed, as the SJE trio played for a party celebrating McCarter artistic director Emily Mann's 20 years of extraordinary leadership. It also happened to be her birthday. A great honor it was to play for such an occasion.
Posted by Steve Hiltner No comments: 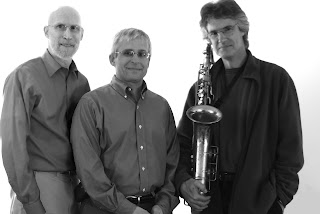