Last week, the Sustainable Jazz Ensemble took the form of a duo, as pianist Phil Orr and I performed in the Duke Farms carriage house for the Women and Wildlife award ceremony. Each year, the Conserve Wildlife Foundation of NJ celebrates the work of three awardees devoted to wildlife conservation and education. It was an honor to perform for the event, and in such a beautiful setting. Former NJ governor Florio spoke to the group after our first set. 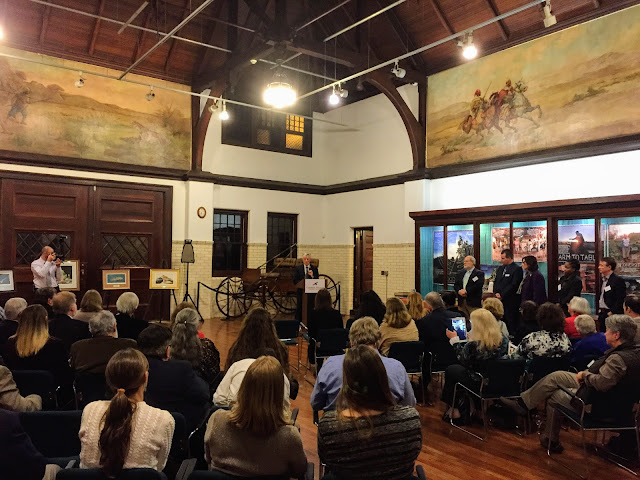 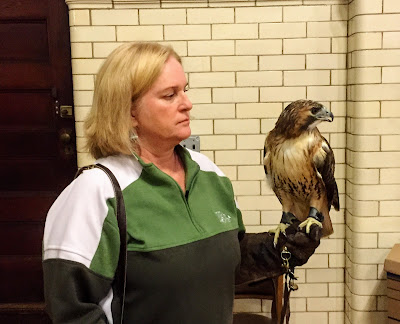 It's hard to say if this raptor would have listened to our music with rapt attention, as its caretaker, from the Mercer County Wildlife Center, took it to another room before the music started. The latin "raptus" means to seize and carry away, which is what music can do. That makes our band's goals similar to the raptor's, though in this case we were more like songbirds, offering background melodies for socializing. 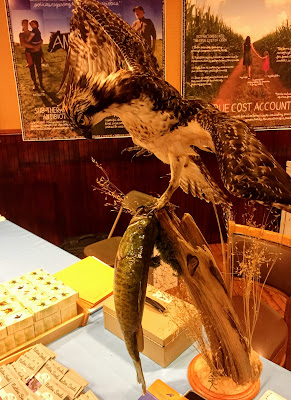 This raptor brought its own dinner, while the humans used compostable plates and utensils to dine on salmon and other delicious offerings in another room. 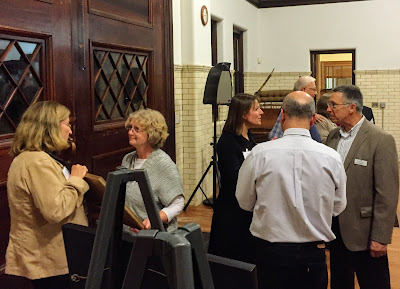 That's Inspiration Honoree Martha Maxwell-Doyle on the left, Education HonoreeTanya Sulikowski in black, and CWF Board of Trustees member Bob Coleman on the right. Bob was doing environmental good deeds at Princeton's Church and Dwight headquarters before retiring recently. Not shown is Leadership Honoree Wendy Walsh. You can read about their work at this link. And my own personal anecdote about taking a baby screech owl to the Wildlife Center is here.

Thanks to the Conserve Wildlife Foundation of NJ for making our music part of their event!

Email ThisBlogThis!Share to TwitterShare to FacebookShare to Pinterest
Labels: Events