Performing for a DR Greenway Feting of Ted Thomas

Note: Come by the Princeton Public Library on Sunday, June 17 at 2pm to hear Sustainable Jazz.

Recent doings include playing background music for a DR Greenway event in honor of Ted Thomas, one of the great local volunteers who has done so much to build and maintain trails in the Princeton area, while supporting open space in many other ways as well. I know Ted from my days working for Friends of Princeton Open Space, where he has been a longtime board member and leader of the trail committee. 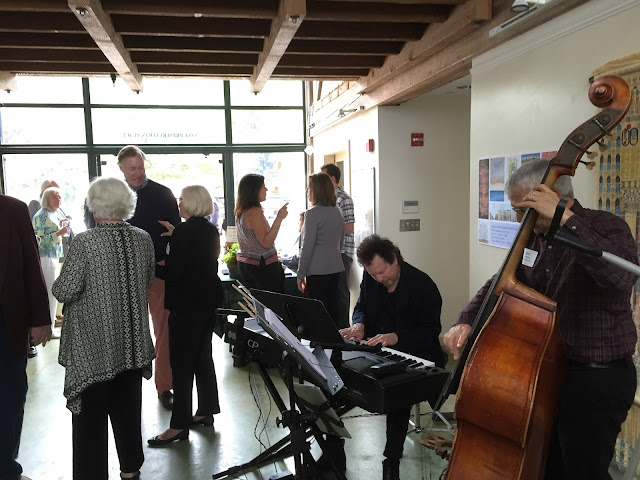 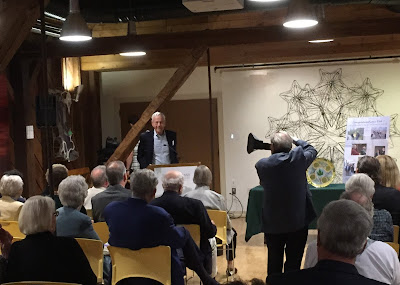 Ted gave a speech with his accustomed soft-spoken charm. He grew up in Elizabeth, NJ, where there was very little open space and towns merged one into the other, then gained a love of the outdoors at summer camp in Vermont. Later, in Idaho, he learned trail construction techniques he has since applied to Princeton's open space, and worked to preserve a valley in the Rockies dear to his heart--an effort that ultimately achieved success during the Obama years. 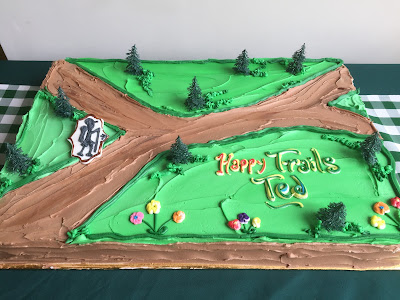 Somebody must have known Ted was coming, because they baked him a cake.

Playing for this event was a kind of heaven, performing for people who love both nature and music. We played mostly my jazz and latin originals, but there were also some standards like All the Things You Are--one of Ted's favorites--and an impromptu jazz version of On the Trail, from Ferde Grofe's Grand Canyon Suite.
Posted by Steve Hiltner