Through much of the summer, our 2021 Lunar Octet release, Convergence, was at or near the top of Amazon's "Hot New Releases in Latin Jazz." The many positive reviews and airplay around the world are documented on the Lunar Octet website. Though the band is a collective with no designated leader, I took on the informal role of musical director soon after the band formed in 1983, writing out charts and contributing compositions. It's a close-knit group, still based in Ann Arbor, MI. We love performing together, spreading the joy and feeding off the audience's response. Except for a couple covers of Tito Puente tunes, the music is all of our own creation. It's very exciting to see the music now getting heard around the world. 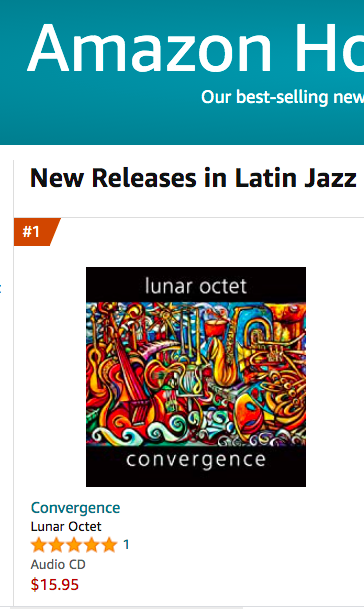